You are here: Home / About Us / Our History

Ukrainian Catholics are Eastern Rite Christians who follow the Byzantine-Slavonic traditions, have their own Patriarch and are in communion with Rome. The idea of St. Nicholas Parish was first conceived in 1905 by a small group of Ukrainian laborers. By 1906 they had raised enough funds to acquire their first church, which was located at Bishop and Superior streets, from a Danish Protestant congregation. As the community grew, the laborers purchased the property at Oakley Blvd and Rice Street in 1913 and in 1915 completed construction on the church that sits there today.

The building is 155 feet long and 85 feet wide and is raised up from street level due to the bedrock below. It has 13 domes reaching 112 feet into the heavens which represent Christ and his 12 apostles. Above the entrance on Oakley is a mosaic of Our Lady of Pochaiv and above her is the icon of their patron, St. Nicholas the Wonder -Worker.

Inside the Cathedral you are greeted by heavenly panoramic icons, rendered as mosaics or frescos, depicting events in the life of Christ, his Mother and many saints set against a sky blue and gold background. Hanging from the highest dome in the center of the cathedral is a brilliant nine-tiered golden chandelier lit with 480 lights. The chandelier was made in Greece, with the 12 apostles of the New Testament encircling the exterior. This chandelier is acknowledged as the largest of its kind in the United States.

During a three year period from 1974 to 1977, the interior of the cathedral was renovated by iconographer Boris Makarenko. The only icon that was not renovated at this time was the one at the rear of the sanctuary depicting Christ with his apostles and Mother Mary. It was kept from 1928. All of the icons are patterned after the mosaics of St. Sophia in Kyiv. The stained glass windows were designed by Munich Studio of Chicago and are from the original construction.

After World War II, the neighborhood began to grow even more with new immigrants settling here. The need for a school was realized and constructed in 1936 and then expanded 18 years later in 1954. In 1961, St. Nicholas Parish became St. Nicholas Cathedral and the seat of the Eparchy which stretches from Detroit to Hawaii, the Canadien border on the north , the Gulf and Mexico on the south.

On any given Sunday, you can partake in the Liturgy, Ukrainian (7, 8:30, 10) or English at 11:30am, and encounter a truly beautiful and otherworldly religious experience. It is truly heaven on earth.

Thank you to our sponsors: 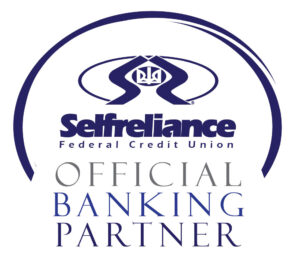 Join us for a tour or a shadow day and meet our principal, Ms. Cirilli. Please call or email: 773.384.7243  admin@stnickschicago.org to schedule a visit.